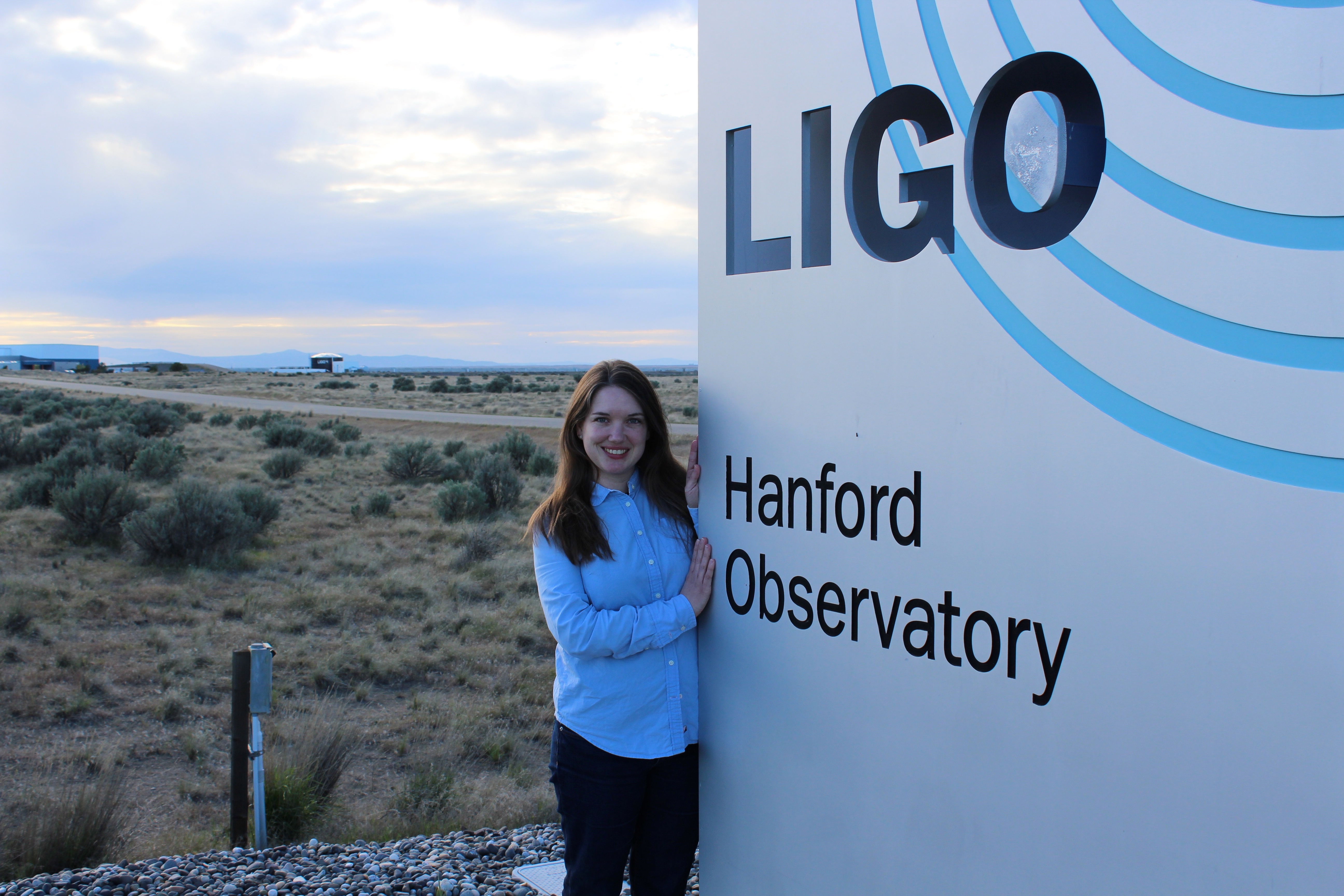 Miriam is a postdoctoral researcher at the Max Planck Institute for Gravitational Physics in Hannover. She is a member of the LIGO Scientific Collaboration since February 2015 and she analyzes data from gravitational-wave detectors. Currently, she is also working on tests of General Relativity using real gravitational-wave signals from black-hole binaries.

1. What inspired you to pursue a career in physics?

Science was always my first choice. First I wanted to study biology or environmental sciences. When I was in high school I started to grow interest in space sciences and astronomy. In Spain (where I come from), there was no career in Astronomy. The path to become an astronomer was to study Physics, specialising in Astrophysics. So I decided to become a physicist.

2. How did you get to where you are in your career path?

I studied Physics at the University of Salamanca in Spain. On my last year I came to Germany with the Erasmus exchange program to finish my studies. Since most of the classes I took were part of the German Master’s degree, at the end of the program I decided to stay in Germany to write a Master’s thesis. My interest for black holes got me to the Max Planck Institute for Gravitational Physics in Hannover, and after finishing my Master’s thesis I became a PhD student there. As part of my research, I joined the LIGO Scientific Collaboration in February 2015. And half a year later we detected the first gravitational wave from two merging black holes! During my research, I have actively contributed to the search for gravitational waves from compact binary coalescences. Some of my work has also taken me to visit one of the LIGO observatories (Hanford, in Washington state) in several occasions. Now that I finished my PhD, I am going to move to the United States for a postdoc position at Princeton University. 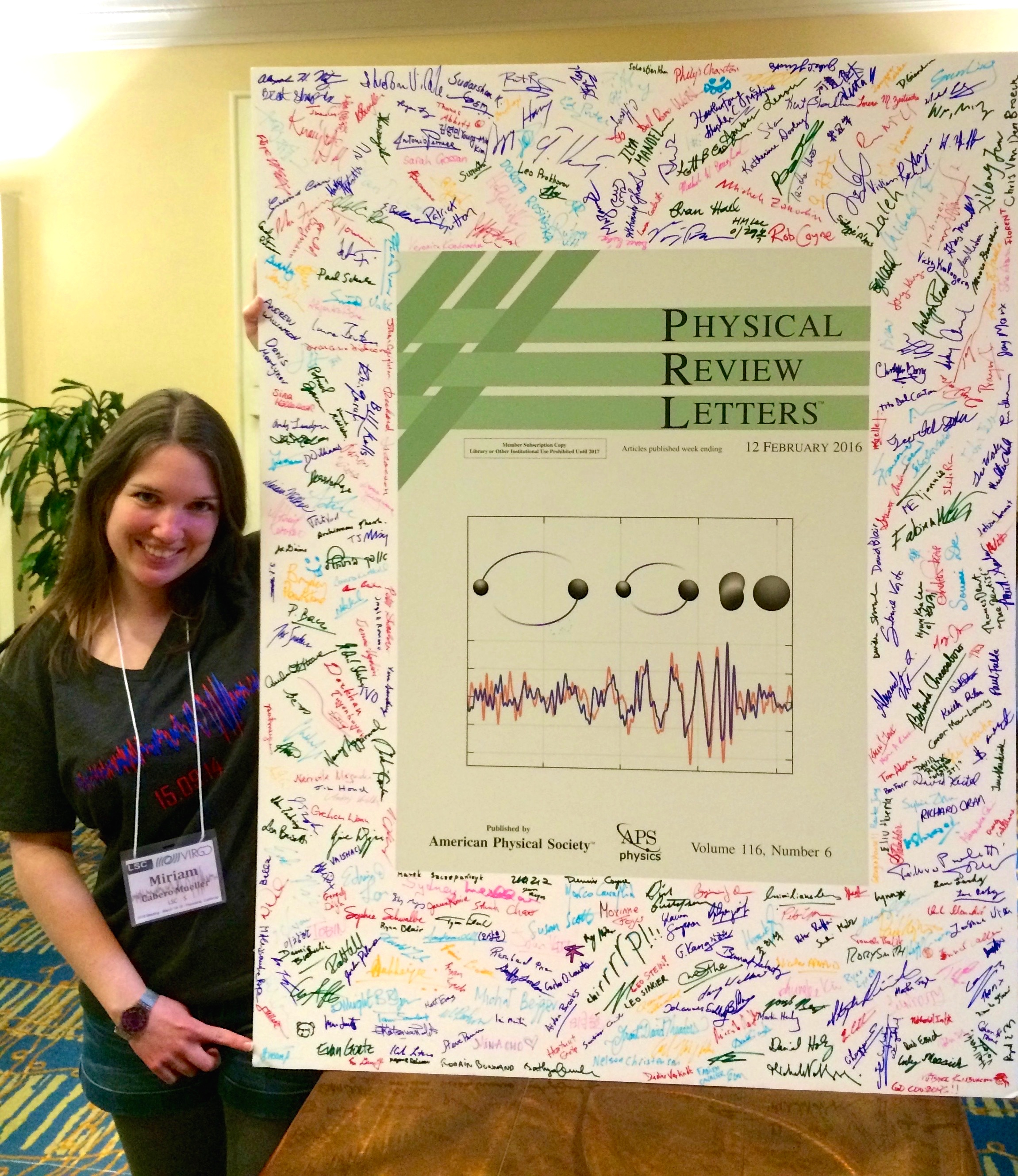 3. What is the coolest project you have worked on and why?

Being part of the LIGO project and finding gravitational waves emitted by the coalescence of two compact objects is one of the most amazing experiences. Thousands of scientists in several countries over the world dedicated their careers to the measurement of gravitational waves! It is rewarding to see that all the effort invested resulted in such great discoveries and we all celebrated the 2017 Nobel Prize in Physics as our own. Furthermore, the ability to extract information from gravitational-wave signals and learn more about the objects that emitted them is intriguing and fascinating. I am looking forward to the future of gravitational-wave astronomy.

4. What’s a time you felt immense pride in yourself / your work?

Probably when I won the poster prize in one of the meetings of the LIGO and Virgo Collaborations.

Depending on the weather, I either walk or bike to work. After reading through my e-mails, I get back to my projects. Since I mainly do data analysis, all my work is in the office, no labs involved. My colleagues and I always go have lunch together to the nearby Mensa, and after lunch I get a coffee and get back to work (or to the weekly group meeting or seminar). Most of the days I have one or two teleconferences in the afternoon with other members of the LIGO Scientific Collaboration. At the end of the day I sometimes go out for dinner with my friends or convince myself to go the gym, otherwise I go home and enjoy a relaxed evening crafting and/or watching TV. Before I go to sleep, I usually also Skype with my fiancé, who lives in the United States.

6. What are you seeking to accomplish in your career?

Honestly, I have not decided yet! For now I am going to continue the path of academia, and we’ll see what life holds for me. Future me will have to worry about that :D 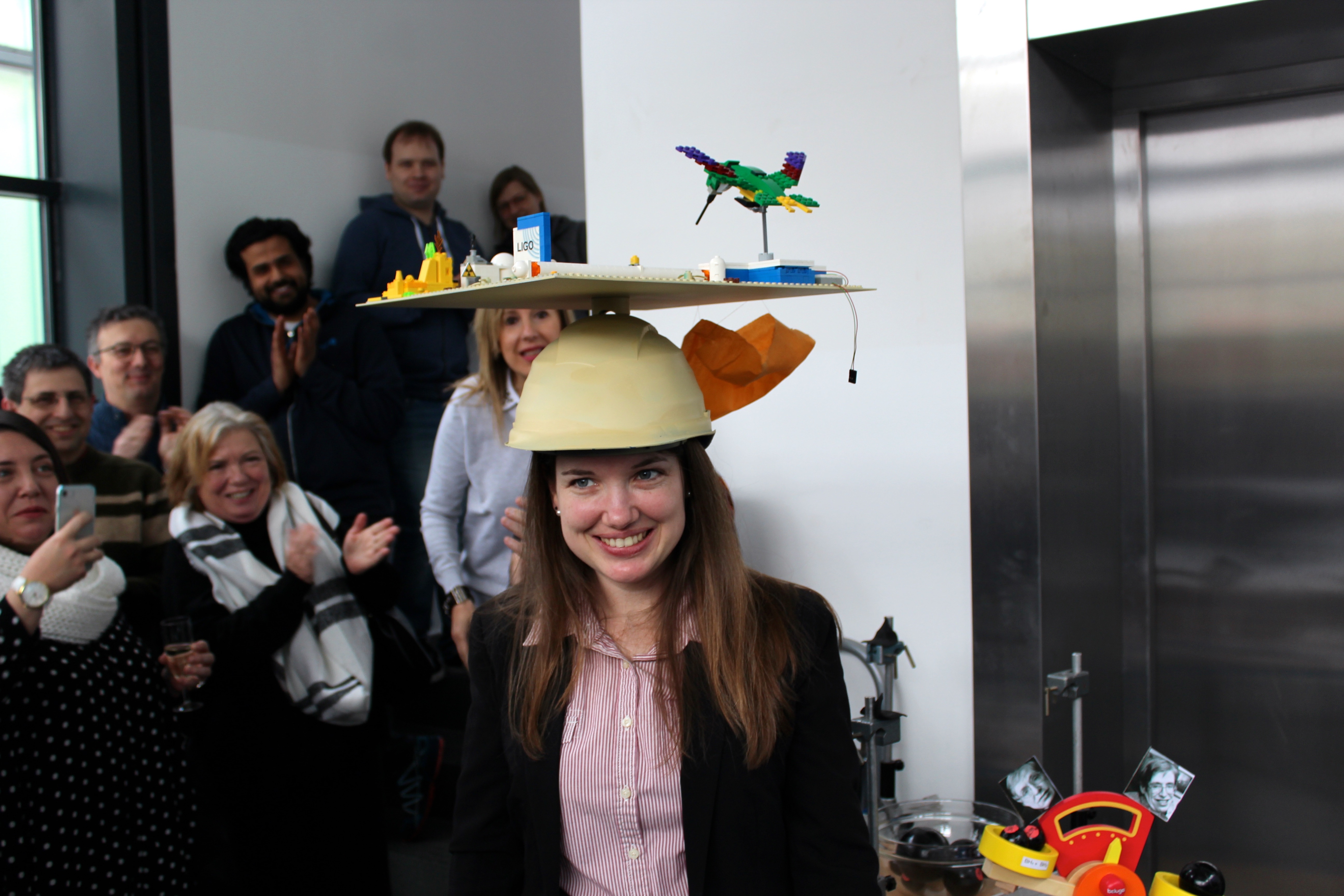 7. What do you like to do when you’re not doing research?

Since a little child I have always been a bookworm, although lately I read books less often than I used to. Recently I also re-discovered the pleasure of crafting: card making, knitting, cross stitching, sewing… Often I have some crafts project in my hands while I am watching TV or Skyping!

I also enjoy traveling: seeing new places, trying new foods, discovering new animals and plants… Biking tours, day hikes or weekend camping trips have become one of my passions, and I enjoy taking photographs of nature during these occasions.

8. What advice do you have for other women interested in physics?

9. What should be done to increase the number of women in physics?

First, we need to motivate young girls to pursue careers in science. Education has to move away from gender-based stereotypes in order to achieve that girls ever consider being interested in science (this applies as well for other jobs commonly viewed as “men jobs”).

On the other hand, it is necessary to better regulate the hiring process in science institutions. Some progress has been done, but it seems like we are only very slowly moving towards a society where men and women with the same responsibilities receive the same salary, and where women are not discriminated by their gender.

The interview has been carried out by Dr. Ulrike Boehm, member of the AKC. If you have any questions, feel free to contact her .