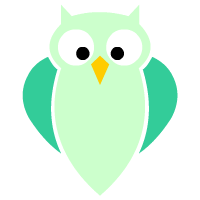 The Philosophy of Physics Group (AGPhil) of the German Physical Society (DPG) is a forum for conceptual and interpretational questions about physics. Which interpretation of quantum mechanics is the most convincing? Is spacetime as described by general relativity equally fundamental as electrons and quarks? And what are gravitational waves and black holes, really, according to the best theories of modern physics?

The AGPhil meets at least once a year, at one of the spring conferences of the DPG.

Call for Papers: Annual conference of the Philosophy of Physics Group of the German Physical Society, 21-25 March 2022

The Philosophy of Physics Group (AGPhil) of the German Physical Society (DPG) invites submissions for its annual conference which will take place within the framework of the annual conference of the DPG. Contributions on any topic in the philosophy of physics are welcome. A particular focus in this year will be the philosophical analysis of gravitational wave and black hole physics, and we particularly encourage submissions on this topic.

The following speakers have already accepted the invitation to speak at the AGPhil sessions:

The conference will take place 21-25 March 2022 and will be held entirely online. The DPG divisions for gravitational physics, particle physics, history of physics, and theoretical/mathematical physics, among others, also convene at the same conference. The conference will have many parallel sessions organised by the various DPG groups and divisions, and any attendee can freely jump between the different sessions on physics, its philosophy and history.

If you would like to present a paper, please submit an abstract of about 200 words by 21 January 2022 (ignore the stated 15 January 2022 abstract submission deadline on the website), using the online-form at https://www.dpg-tagung.de/hd22/submission.html?language=en

We look forward to seeing you at the conference!

Lehmkuhl and Dardashti elected chairman and vice-chairman, respectively; the philosophical reflection on gravitational waves and black holes will be the focus of the AGPhil conference 2022

In September 2021 Dennis Lehmkuhl  was elected the new chairman of the AGPhil, while Radin Dardashti was elected vice-chairman.  After a succesful digital conference "in" Jena, the AGPhil conference of 2022 will take place in Heidelberg, with the philosophical reflection on gravitational waves and black holes as its focus topic. A call for papers will be published soon.