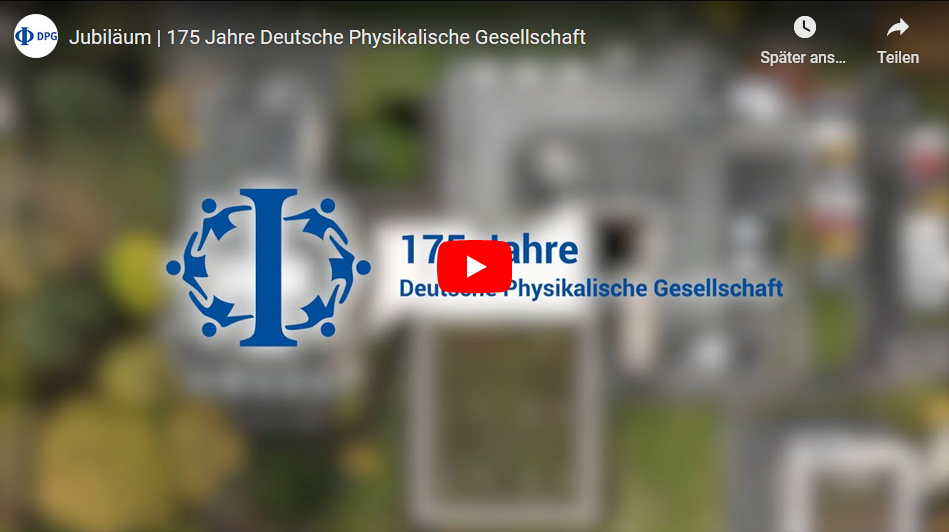 The main concerns of the DPG are the promotion of physics and its sub and neighbouring fields, the exchange of experience in teaching, research and application, the consultation of decision-makers in questions of research promotion, education and the profession as well as the promotion of young scientists and their professional future. Equal opportunities play a special role here. With the annual DPG Spring Meetings, the DPG Annual Meeting and many other scientific or public events, the DPG tries to put its concerns into practice. It regularly publishes studies and information material to inform the scientific community and the general public about physical topics. With various awards, the DPG honours outstanding achievements in the field of physics and maintains diverse relationships with domestic, foreign and international associations with the same or similar objectives.

The DPG commits itself and its members to stand up for freedom, tolerance, truthfulness and dignity in science and to be aware that those working in science are particularly responsible for shaping the whole of human life. The principles of the association are laid down in the DPG's statutes and its implementing provisions.

Today, the DPG is the physical society with the largest number of members in the world. It emerged from an initiative of six young scientists in Berlin in 1845. They wanted to go beyond the colloquium with Professor Gustav Magnus to deal with the latest physical investigations and make this possible for other interested persons by founding a public society. In the following 175 years, the Physical Society grew. The most important stations and caesura of its history, which not only includes glorious times, can be traced here from today until 1845. more...

Once a year, the DPG Annual Report of the Board of Directors and the Executive Board offers an overview of the diverse activities of the DPG to promote physics in science, schools, the public and industry. The reporting period covers the period from April to March of the following year. more...

The DPG in facts and figures is updated annually and provides an insight into the structural and demographic structure of the DPG. more...